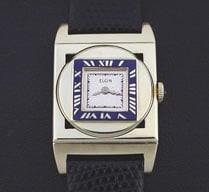 Extremely rare Hamilton “Glenn Curtiss” men’s Streamline Moderne design wristwatch in solid 14K yellow gold, circa 1932.
The “Glenn Curtiss” was named for aviation pioneer Glenn H. Curtiss, who is credited with developing the first practical airplane that could take off and land on water. Curtiss also set the land speed record in 1907 on his motorcycle powered by a V-8 dirigible engine. Curtiss liked this watch so much that he wore it instead of the pocket watch he had long carried. Shortly before his death, he also gave Hamilton permission to use his name in marketing the watch. Originally priced at $150.00 when new, the “Glenn Curtiss” was among the most expensive wristwatches of the early 1930s... only 421 examples were made in yellow gold over its entire production run. This is the only the fourth yellow “Glenn Curtiss” that I have ever offered for sale. It is in excellent condition showing only light overall wear. Caseback is excellent, with a monogram. The case measures 38mm long and 27mm wide. Refinished dial is superb. Has new glass crystal. This watch is powered by its correct 19-jewel Hamilton grade 979-F manual wind movement, just serviced and running strong.
SOLD 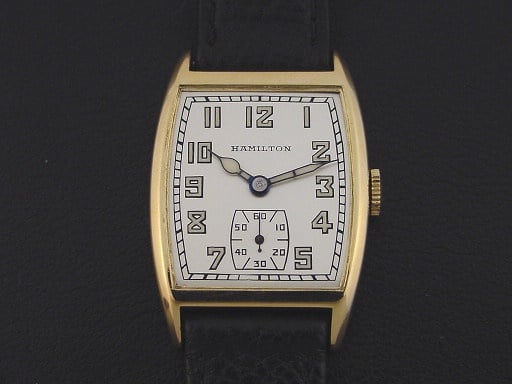 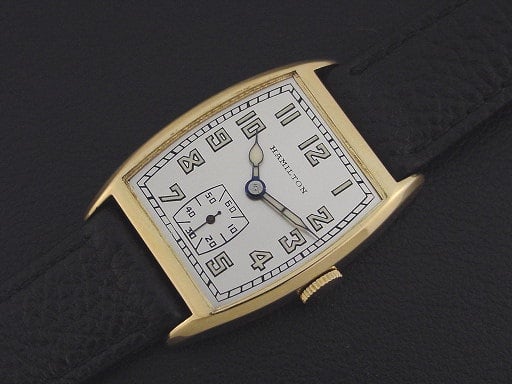 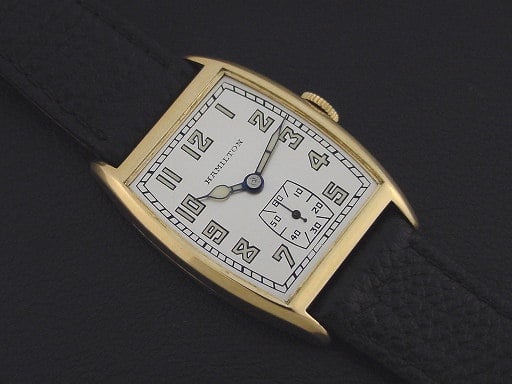 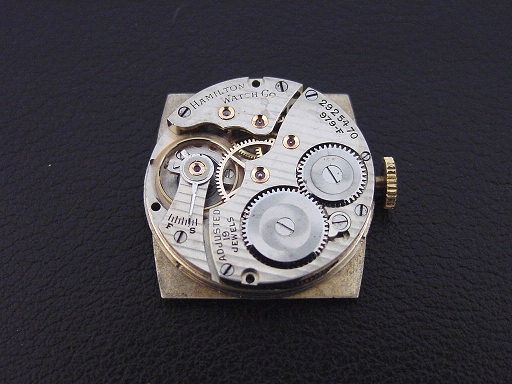 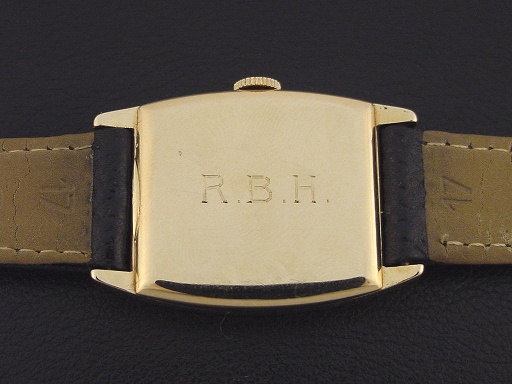